As happy as pigs in salt

In Denmark, around 20 million pigs are produced for slaughter every year. More than 30,000 of these are produced by Boller Hovedgaard, distributed across five farms in North Jutland. We dropped in to take a look and find out how a pig becomes a pig for slaughter. This is a process in which salt is important, both in the pigs’ feed and in controlling their behaviour. 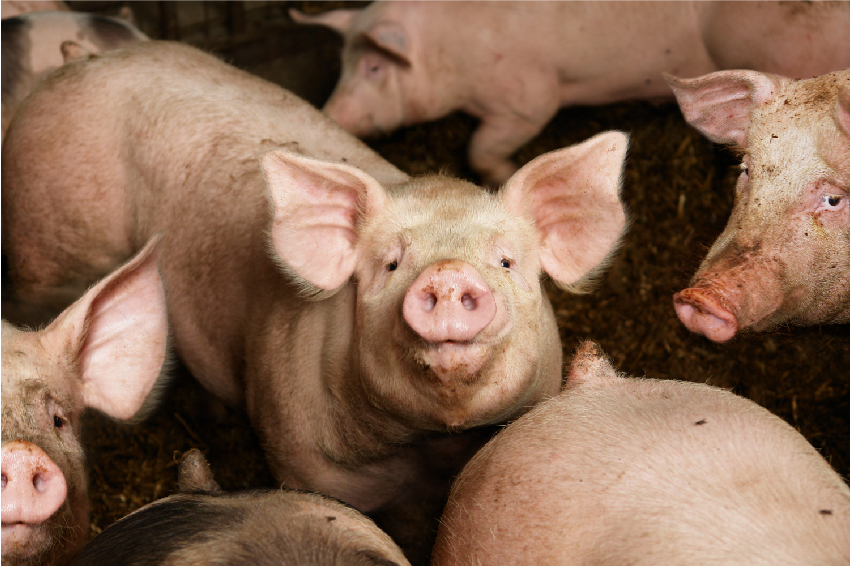 Brothers Peter and Henrik Christiansen are at the helm of Boller Hovedgaard, which is primarily a beautiful, idyllic manor house whose history dates back to the 14th century. Boller Hovedgaard is also the commercial name of the farming business that Peter and Henrik run, which comprises seven farms, 950 hectares of land, and produces every year more than 70,000 tonnes of potatoes, 100 hectares of lawn turf, and not least, more than 30,000 pigs for slaughter, with this last activity clearly being the company’s biggest. We’ve also had dairy cattle before, but it is easier to set up a pig production system,” remarks Peter. “Pig production goes on at five of our seven farms. It’s a huge advantage that the production is widespread.  For instance, an outbreak of disease or another similar problem implies that it is confined to one shed.”

Feed with a high nutritional value is crucial

Boller Hovedgaard does not produce piglets itself, but receives a pig when it is about 80 days old. By this age, it weighs a good 30 kilos. The aim is for the pig to reach a weight of over 105 kilos before it is sent to the slaughterhouse. This is an increase of 75 kilos, which actually only takes 70 days to achieve. This means that there are high requirements expected of the feed’s nutritional value. “Some pig producers mix their feed themselves. But we’ve found an absolutely great mixture from DLG, which has a high nutritional content and means that it is very effective. This mixture includes barley, wheat, oats and soya, with the addition of amino acids, vitamins and minerals, organic acids, enzymes and salt.” “The pigs love the feed. They gain weight in a healthy manner, with the right meat-to-fat ratio, while their skeleton is also developed properly so that it can support their body. This is vitally important. As a result, the right proportion of nutrients in the feed has a major role to play.” “Adding salt to the feed is also important as it helps hold the water in the pigs’ body, allowing them to gain weight at the right rate. On average, a pig for slaughter consumes half a kilo of salt during the time it is with us. Also, we calculate an average of 2.65 kilos of feed for every kilo a pig gains in weight,” adds Peter. He continues:  “The fact that we’re using the right feed is also highlighted by the extremely rare occurrence of diseases in our sheds.”

Behavioural problems can frequently arise in herds of pigs, where they bite each other’s ears and tails. This is really not an issue at Boller Hovedgaard. Ensuring the right quantity of salt in the feed can help resolve these problems. Kjeld Poulsen, retail manager at DLG North Jutland, explains it to us. “Increasing the salt and magnesium content in the feed makes the pigs calmer, which can significantly reduce problems with ear- and tail-biting. One of the reasons for this is that the salt holds the water, which means that the pigs have a better feeling of being full. “A pig that is full is calmer,” remarks Kjeld, also adding that DLG itself does not regulate the quantities of salt in its feed mixtures, but that they carefully follow the guidelines from the Danish Pig Research Centre.

600 pigs sent to the slaughterhouse every week

When the pigs at Boller Hovedgaard reach the weight of around 105 kilos, they set off on their final journey from the shed to one of Danish Crown’s slaughterhouses. This involves around 600 pigs a week. Once they are gone, the sheds are thoroughly cleaned before a new batch of piglets arrives. A total of more than 20 million pigs are produced for slaughter every year in Denmark. This production has been one of the biggest industries in Denmark for more than 100 years, in terms of both employment and exports. The story of pigs needing salt in their feed is totally different, in comparison to the role of salt as a preservative and flavour additive in cured meat like bacon or ham. 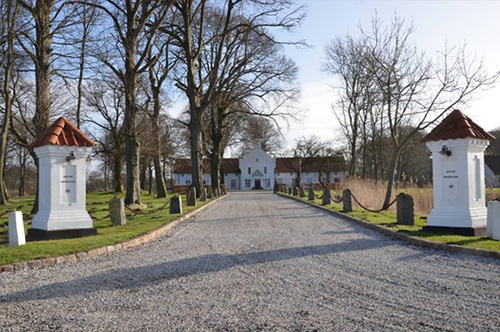 The lovely Boller Hovedgaard is located in Tårs near Hjørring. 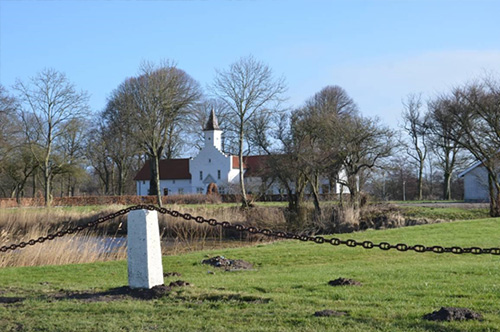 The idyllic manor house’s history dates back to the 14th century. 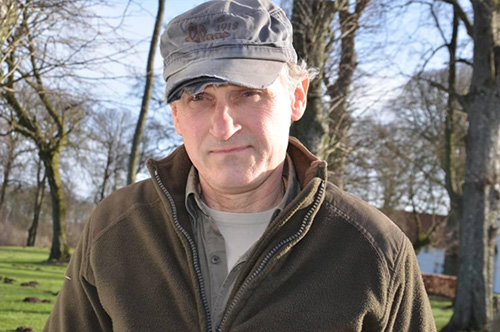 Peter Christiansen runs Boller Hovedgaard along with his brother Henrik. The whole business comprises of seven farms with 950 hectares of land.